One of the best known retail chains of organic cosmetics 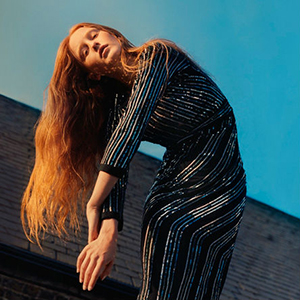 Product range. The company offers a comprehensive range that covers everything from shampoos to mascara. Yves Rocher focuses on using organic ingredients, maintaining good manufacturing practices, and environmental preservation. The company gained the total control of the supply chain: they source only from trusted suppliers, they plan trees to restore the landscapes damaged by forest fires and other nature disasters, and they support plant biology research initiatives both in terms of funding them and sharing expertise. That said, the skin benefits of using cosmetics by Yves Rocher, just like that by other organic brands, are arguable at best. Though the hype around organic cosmetics has long been a passé, it was not lost on Yves Rocher that has developed into an enterprise, ginormous enough to be undisturbed by the trend shifts. Yves Rocher is considered one of cornerstone organic cosmetics brand alongside Lush and The Body Shop, with market leadership showing no signs of abatement.

What/how to buy Among the most popular are inexpensive items like shower gels and body creams, which is mostly because their smell good. Nice smells are universally accepted as Yves Rocher's key competitive advantage.

Corporate history highlights. The company was founded in 1959 by the French entrepreneur Yves Rocher. The company originally sold its products through mail-order catalogues. The first brick and mortar store was opened as late as 1969 to mitigate the devastating risks caused by postal strikes. By that time the range offered by Yves Rocher covered over 150 beauty products. Launching the store proved the right decision and contributed a lot to the brand's recognition. In just three years, the company could boast a retail chain of thirty stores (with over 500 stores worldwide at the time of writing). By the way, Yves Rocher group, among several other brands, also manages Petit Bateau, a retailer of multigenerational clothes and underwear.