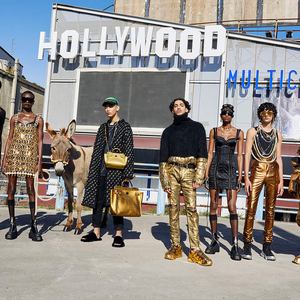 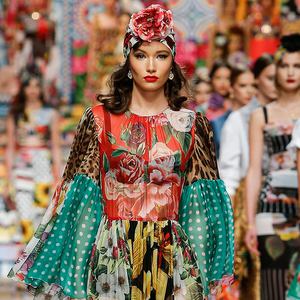 Product range. Bottom flounce and flared skirts, knit cardigans with encrusted lace insets, A-line dresses, crop tops, pop baroque jewellery like a headband with bear plush with crown jewel with crystals, exquisite court shoes, blouses with ruffles, and compact mini bags. Most of the clothing comes in prints and vivid colours. Domenico Dolce and Stefano Gabbano, the fashion house co-founders, have some guts and are just fine with getting colours overdone or ending up being ridiculously pretentious. Most of the pieces are tailored with hot hourglass body type women in mind (think Monica Bellucci) and are meant to encourage women to flaunt their curves, while capitalizing on a host of visual tricks to make the body look taller. By the way, Monica Bellucci, has been serving as an awe-inspiring muse of the designer duo lending her face to their campaigns. Runway collections by Dolce & Gabbana merit special notice. They are all over 90 looks each, repleted with fine details like gemstones, fringes, and embroidery. Haute couture collections by Dolce & Gabbana know no shortage of gold, fur, velvet, and other luxury lifestyle essentials.

Originality. Dolce & Gabbana more than live up to their reputation as one of the most sensual luxury fashion house on the planet. All advertising campaigns by Dolce & Gabbana are full and unconditional surrender to femininity par excellence. They dispense with all those anorexic models, shapeless and baggy silhouettes, and natural makeup looks. That said, Dolce & Gabbana, extravagant as they may be, are anything but tasteless.

Chic. Dolce & Gabbana is not a brand known to be immediately responsive to trend shifts, which is, however, of no consequence whatsoever to their annual profits. The product range has been only slightly revised over the span of three decades, and yet Domenico Dolce and Stefano Gabbana successfully maintain their loyal customer base. On the other hand, Dolce & Gabbana are quick at embracing the trends that fit nicely to the brand's DNA. So once women over sixty made they foray into the haute couture fashion, Dolce & Gabbana lost no time to recruit several elder ladies for their Spring/Summer 2012 promotion campaign. In fact, the older-generation women are very germane to the brand's concept as the one remaining true to time-honoured traditions, family values, and incorruptible femininity.

Corporate history highlights. Two Italians Domenico Dolce and Stefano Gabbana met in the 1980s, joined their forces in 1982, and founded Dolce & Gabbana in 1985. After their maiden show the company was teetering on the brink of collapse, but was backed up financially by the Dolces who decided to support their son's promising undertaking. This disastrous debut collection was followed by the commercial success of the second one, with Dolce & Gabbana quickly coming to international prominence when Madonna was spotted on the red carpet at Cannes clad in a waspie designed by the duo. To sum up, the story of Dolce & Gabbana is as much a story about confidence in in one's talents as it is a story how important support from the family may be. These are the values Domenico and Stefano ingrained in themselves and their fashion art.

Dolce & Gabbana stores in all cities and towns

Locations and opening hours of Dolce & Gabbana stores in London 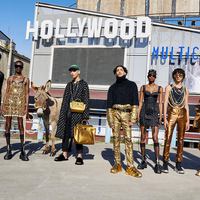 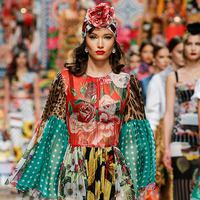 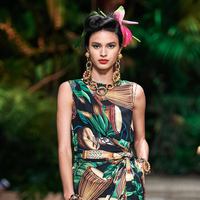 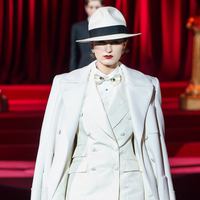 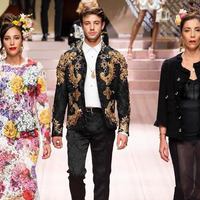