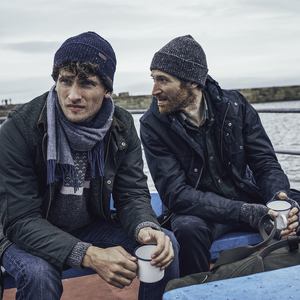 British national treasure brand on a par with Burberry, Aquascutum, and Hunter 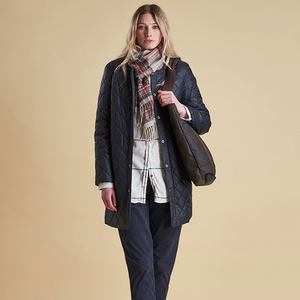 Product range. Jackets, dresses, skirts, tops, trousers, polo shirts, knitwear, footwear, and accessories for both men and women. The clothing is casual, has subdued colour palettes, and save for the jackets doesn't really stand out. Quilted jackets and Barbour are all but synonymous as the company has been making them for almost a century.

Originality. A long-time House of Windsor favourite, Barbour hold several royal warrants to supply their clothing to the royal family. The jackets are made either of polyester or waxed cotton for British nobility and royal family members to enjoy foxhunting in their Barbours.

Chic. Barbour are a luxury fashion brand that prudently stays away from fad-driven tactics. Barbour really shine when it comes to more functional styles and natural colourways that elucidate the famed British composure.

Corporate history highlights. J. Barbour & Sons was founded by John Barbour, a native of Scotland, in 1894. Until the 1930s the company supplied workwear for sailors, dockhands, fishermen, and farmers; it was 1930 when Duncan Barbour, the grandson of the company founder who happened to be a motorcyclist enthusiast, introduced a motorcycling range that proved an immediate success. Since then motorcycle jackets became a wardrobe staple for British racers. In 1974 Barbour were granted their first royal warrant from Queen Elizabeth II as a recognition of the highest level of their production quality.

In the early 1980s, when Margaret Barbour, the wife of the deceased John Barbour's great-grandson, took the office of Company chairman, she added a range of womenswear and remarkably extended the back then very limited colour palette of Barbour clothing. The same period saw the introduction of the now iconic Barbour waxed jackets: Bedale jacket, a short, light-weight thornproof jacket designed for riding; and a longer Beaufort jacket, a piece that is at the core of Barbour's classic collection.

Barbour stores in all cities and towns

Locations and opening hours of Barbour stores in London

We improve our store location database daily, but we’re not errorproof, so should you run into an incorrect location, please  report us about it
View all 184 store locations → 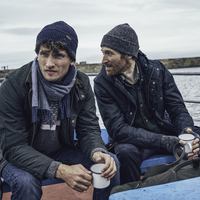 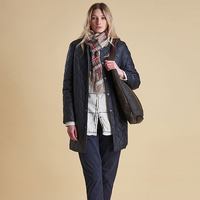