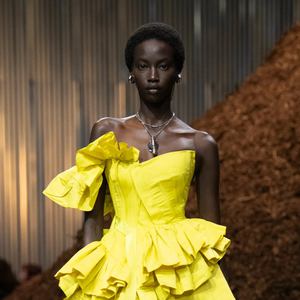 Lady Gaga's armadillo boots, Catherine Middleton's wedding dress, Bjork's intergalactic geisha gown of armor on the cover of her "Homogenic" album, and the better half of Daphne Guinness's wardrobe are all creations by the bohemian and somber Alexander McQueen 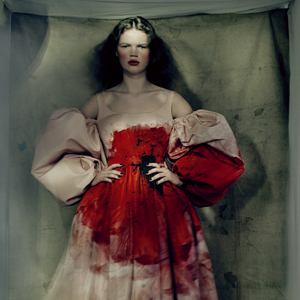 Originality. McQueen managed to turn his every runway show into a drama, with surreal, Victorian gothic and cruelty brought in the limelight. Since the time Sarah Burton was appointed the label's Creative Director, the designs grew less vanguardish, but the dramatic element is as pronounced as ever.

Chic. Alexander McQueen items are meant to serve as your collection gems and family treasures. Ubiquitous minimalist craze notwithstanding, Alexander McQueen will surely survive for decades to come and will remain as supreme.

Pricing. Alexander McQueen is expensive even if judged by the luxury segment pricing standards. Some items are not meant for sale at all, and end up in museum display cases. Basic ruffled knitted dresses cost more than ‎€1000 on average.

Corporate history highlights. The company was founded by Alexander McQueen, a graduate of London's Central Saint Martins, who started his career when he was 16 years old. By 1993 he was already experimenting with latex and glitter and cemented his "bad boy" image. He epitomized the spirit of the 90s with their mixture of the logos gone haywire, black comedies, and faux-suffering. British Fashion Council awarded McQueen the title "British Designer of the Year" four times in years 1996-2003. McQueen became notorious for his confrontational and provocative collections and runway shows; he was also keen of controversial political statements in the face of harsh media criticism. Following McQueen's suicide in 2010, Sara Burton, his former personal assistant, replaced him as the brand's Creative Director.

Alexander McQueen stores in all cities and towns

We improve our store location database daily, but we’re not errorproof, so should you run into an incorrect location, please  report us about it
View all 7 store locations → 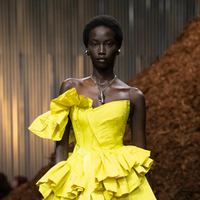 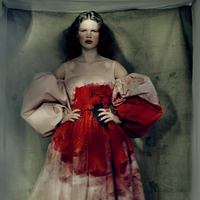 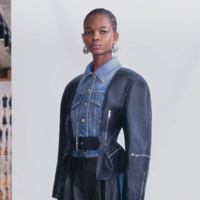 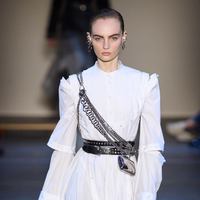 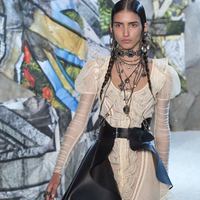 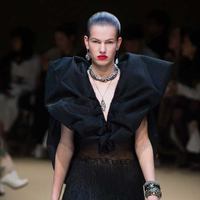