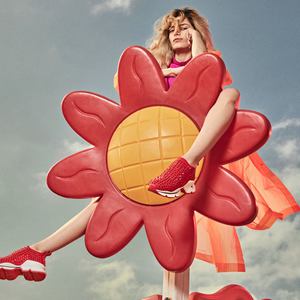 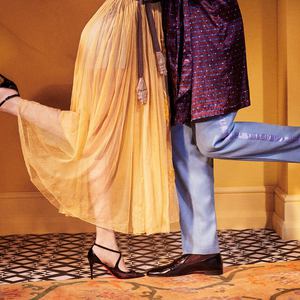 Product range: women's patent leather pumps, denim sandals, point-toe flats, stretch-velvet over-the-knee boots, lace ankle boots, and the like. Christian Louboutin is fond of experimenting with different materials and colour solutions: exotic leather shoes topped with velvet, satin-crepe, and chiffon details or embellished with pompoms, lacework, and gemstones are anything but uncommon in his oeuvre. Apart from footwear, the company also makes handbags: mostly clutches and totes that come in garish colours and embellished with phallogocentric spikes and studs. In 2010, the brand launched its men's footwear line that , however, failed to match the success of Christian Louboutin's women's shoes showing no signs of going out of fashion.

Originality: Christian Louboutin is inseparable in the public consciousness from his trademark scarlet soles. Most popular of the range are pumps with a high stiletto heel: red is meant by the designer to draw attention to the arch of the foot 'because it is exactly the position of a woman's foot when she orgasms'. The brand has also won exclusive rights to red soles of their shoes.

In September 2012, a New York federal court of appeals ruled that Christian Louboutin’s federally registered trademark over the red soles is valid and is entitled to protection, but the trademark does not extend to all-red shoes (think Yves Saint Laurent iconic styles). Previously, Christian Louboutin sued Yves Saint Laurent over allegations of red soles plagiarism, which started a long-running litigation battle. Christian Louboutin commented on the ruling in his interview to the French daily Libération: "It is a red in a specific context in the way that there is Ferrari red and Hermès orange. Even in the food industry, Cadbury recently won a lawsuit against Nestlé for using purple packaging. All this proves that the colours play a part in a brand's identity I'm not saying that red usually belongs to me - I repeat that this is about a precise red, used in a precise location."

Relevance: Classic red-bottom pumps are most recognized, but Christian Louboutin stores also stock jute-accented slide sandals and babouche-style collapsible-heel suede slippers. Be that as it may, they are well outnumbered by the styles strongly aligned with the original brand vision of footwear that oozes sexuality.

Corporate history highlights: The brand was established in 1992. By than time he founded his namesake brand Christian Louboutin had built a solid reputation by working for Roger Vivier and collaborating with Yves Saint Laurent and Chanel. His signature red soles saw the light of day in 1994. Christian Louboutin once admitted that the idea was born out of accident. When he saw his assistant painting her nails, he grabbed her nail polish - it was red - and painted the sole.

Personally, we believe that the brand attained a cult following through the designer's connections with fashion world opinion leaders. Since 1995, footwear by Christian Louboutin have been featured at fashion shows by Jean-Paul Gaultier, Chloé, Azzaro, Diane Von Furstenberg, Viktor & Rolf, Givenchy, and Lanvin. Afterwards, his products got popular with an ever growing list of celebrity clientele whose endorsement and word-of-mouth promotion were instrumental in making the brand world-famous.

Christian Louboutin stores in all cities and towns

We improve our store location database daily, but we’re not errorproof, so should you run into an incorrect location, please  report us about it
View all 5 store locations → 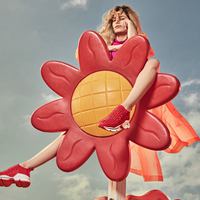 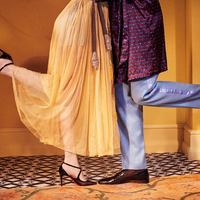 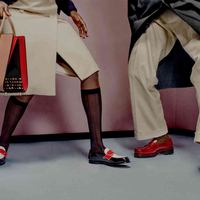 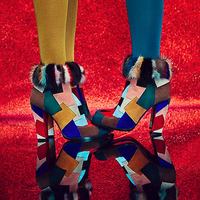