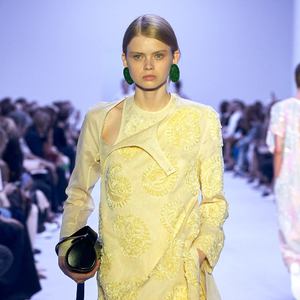 The most fervent champion of minimalist fashion 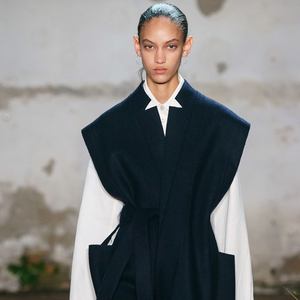 Brand's DNA. Jil Sander is a label that started out as a minimalist label and has stuck to its guns ever since. That said, their apparel is anything but unassuming. The items by Jil Sander are remarkable for their structural richness with oftentimes exaggerated asymmetric geometric shapes, with lots of draping detailing of otherwise clean-cut styles. Even the colour use is mostly subordinated to reveal the elaborate structure of the cuts. Pret-a-porter items offered by Jil Sander are, of course, way more unpretentious that those marketed as haute couture, but still they anything but uninspired either. It would suffice to have a casual look at the way Jill Sander approaches white shirts to get converted. A subtle reinvention of the collar, cuffs, or sleeves turn an otherwise no-frill piece into the It item.

Chic. Absolutely. Nowadays, Jil Sander is utterly relevant and trend-setting, never borrowing ideas from mass market labels or more advanced ones, like COS or Acne.

Corporate history highlights. Jill Sander had started to proselytize minimalist fashion long before it came into vogue. After graduating from a textile-engineering school, she started her career as an editor of German-based Constanze and Petra fashion magazines. In the late 1960s, she opened her own boutique that mostly sold the pieces by Thierry Mugler and Sonia Rykiel and made her first attempts at designing. She launched her maiden womenswear collection in 1973 on the Milan runway, which proved a critical and commercial disaster due to the lack of adequate press coverage and its utter irrelevance to the fashion fads of the day. Back then, minimalist fashion was not considered chic, while the bulk of the collection was made up from understated suits, classic shirts, and coats. The makeup range of the brand that proved commercially viable came to the rescue of Jil's enterprise. Gradually, the brand gained momentum and its apparel collection attracted considerable attention, partly because of the unabating demand for basics. One of Sander's novelties was the concept of multi-layered outfits that she advocated: even though the items themselves were somewhat inconspicuous, the point was to combine them in an idiosyncratic way.

In 1989, Jil Sander became the first fashion house to make its stock public. In 1999, seventy-five percent of the shares was purchased by Prada Group. The acquisition was followed by unceasing confrontations with Patrizio Bertelli, Prada's CEO, that resulted in Jil's time and again leaving the company only to come back several years later. By the way, Jil Sander is one of very few German fashion houses that succeeded in establishing an unswerving reputation in the fashion industry.

Jil Sander stores in all cities and towns 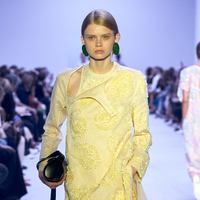 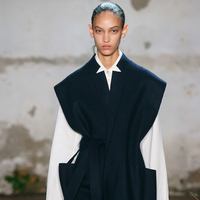 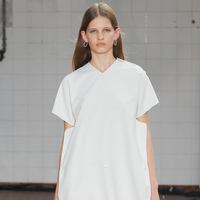 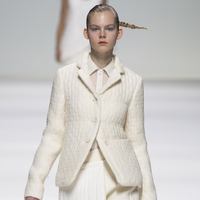 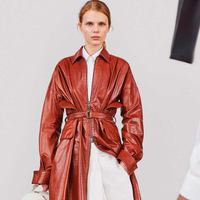 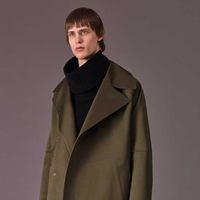