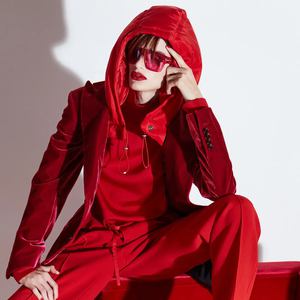 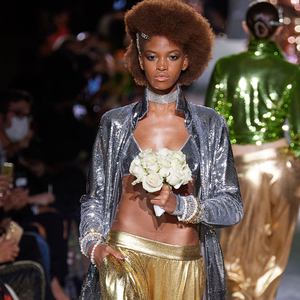 Brand's DNA. The clothing by Tom Ford is blatantly sexy, glamorous, and adventurous. The dresses and fur coats rich in dyed nutria skins, feathers, and sequins are inspired by the glistening spirit of Studio 54, the world's most famous celebrity nightclub that Tom Ford frequented as a university student. The pieces by Tom Ford though provocative are by no means tasteless: the vibrant colours he favours match perfectly well, while his approach to form is anything but trivial either. Menswear collections are somewhat more unassuming with classic silhouettes available in a variety of shades and materials. That said, they are still considered statement items on a par with Rolex watches.

Chic. The blend of the 1970s with the 2000s is neither old-fashioned, nor on-trend and must be appreciated on its own terms.

Pricing. Normcore items available elsewhere are way cheaper: Tom Ford not only targets luxury segment customers but also makes pieces that with lavish (and hence costly) detailing. A dress by Tom Ford can cost as much as $13,000, while a full length fur coat is $20,000.

Corporate history highlights. Tom Ford graduated from Parsons The New School for Design as an Architecture major. His interest in fashion sparked during the university years as he found in fashion the balance between art and commerce that was right for him. After having worked as a fashion designer for Cathy Hardwick and Perry Ellis, he left for Europe in 1990 to become a womenswear designer at Gucci, then struggling to survive.

As soon as by 1994, Ford was busy directing the total of 13 lines for Gucci as its Creative Director . He was responsible for the complete rebranding of Gucci by focusing on overly suggestive clothing styles and oozing sexual appeal as part and parcel of advertising campaigns. Though teetering on kitsch, it sold well in the 2000s. Under Ford's leadership from 1994 to 2004 Gucci sales rose more than ten times. Ford was also instrumental in making pret-a-porter collections more prestigious, that is to say his influence extended well beyond Gucci to the fashion industry in general.

Since 2000, he acted Creative Director for Yves Saint Laurent alongside his position at Gucci when it was acquired by Gucci on Ford's advice. Ford departed from Gucci in 2004, when the company was bought by Pinault-Printemps-Redoute. In 2005, Tom Ford announced the launch of his namesake brand. The first store was opened in 2005. The same year his maiden collection saw the light of the day.

Tom Ford stores in all cities and towns

We improve our store location database daily, but we’re not errorproof, so should you run into an incorrect location, please  report us about it
View all 17 store locations → 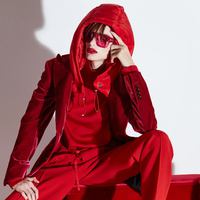 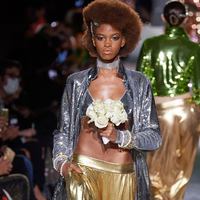 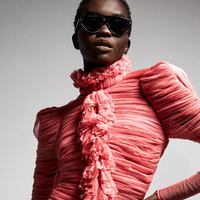 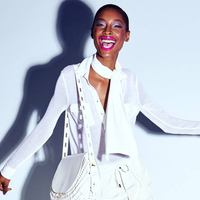 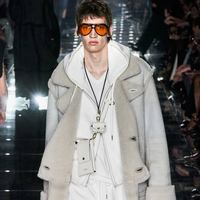 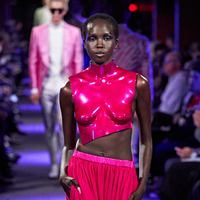