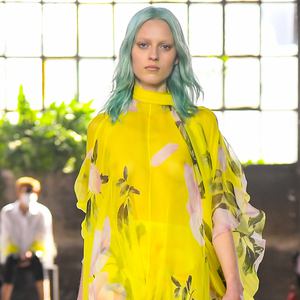 Product range. With powder hues, sheer fabrics, lace, embroidery, and flounces the clothes by Valentino are all feminine but definitely stand apart from the more formal style championed by Dior and Versacesque oozing sexuality as well. This is especially true of R.E.D. (short for Romantic Eccentric Dress) Valentino. Valentino collections were bolder when the fashion house was under the helm of Valentino Garavani himself: back then, Valentino was a decent competitor to Versace with their signature rhinestones and deep plunge dresses.

Originality. Runway collections by Valentino are remarkable for their abundance of embroidered details, tailored full-length dresses, and other ingredients that do evoke the fairy-tale aura. Hands down, this is haute couture par excellence, which is rare nowadays. That said, in terms of the global trends of today they look like a somewhat fanciful digression.

Chic. The fashion house adopts new trends mostly by way of prints and colourways with the silhouettes barely, if at all, changing over the years. Valentino collections also feature sportswear pieces like parkas, but they are more of an exception.

Corporate history highlights. Contrary to the popular belief, even though he studied fashion design in Paris, Valentino Clemente Ludovico Garavani was born in Lombardy, Italy. He showcased his maiden collection at the Pitti Palace in Florence, in 1962. As is often the case with the style legends who shaped the 20th century fashion, the show was a tremendous success. By the mid-1960s, Valentino was dressing the style icons of that time including Jackie Kennedy, Princess Margaret, and Audrey Hepburn. Valentino met Jacqueline Kennedy just after the J.F.K.'s assassination: his widow ordered six of Valentino couture black-and-white dresses to wear during her year of mourning. She also relied on Valentino for a dress at her second wedding in 1968.

In 1998, Valentino and his long-time romantic and business partner Giancarlo Giammetti sold the company to RCS MediaGroup (formerly H.d.P) for about $300 million. Today, Valentino Fashion Group is owned by the Qatari royals. Even though not an owner anymore, Valentino kept working at the company as Creative Director until 2007. His late years as a fashion designer were documented 'Valentino: The Last Emperor' (2008).

Valentino stores in all cities and towns

We improve our store location database daily, but we’re not errorproof, so should you run into an incorrect location, please  report us about it
View all 22 store locations → 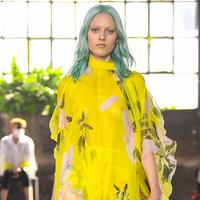 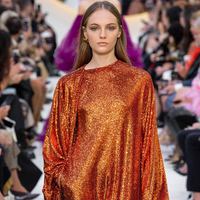 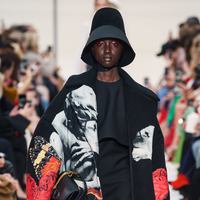 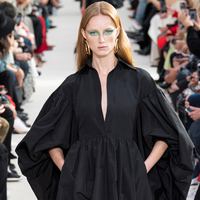 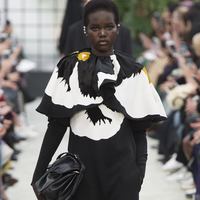 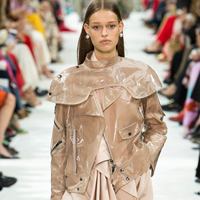