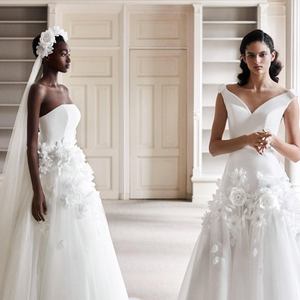 Dutch deconstruction fashion at its best 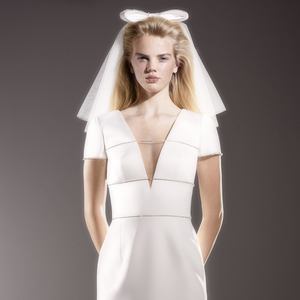 Brand's DNA. Viktor&Rolf is one of those notorious fashion brands whose runway show photographs spread in a flash over the Internet and get the comments like 'As ever, a pile of rubbish', 'Hope no taxpayers money is involved', or 'Oh dear'. Haut couture collections by Viktor&Rolf are not meant to be worn, just like any piece of contemporary art for contemporary art's sake. Form and social commentary are king there. The ekphrasis of the creations by Horsting and Snoeren is an exercise in futility, since they really have to be seen to be appreciated. Conceptualism underpins both the collections and the way they are showcased. Their runways shoes are always meant to be a piece of performance art. For example, the collection of Fall 1999 was demonstrated on a single model. The designer duo was busy gradually layering the complete collection on revolving Maggie Rizer to achieve the Russian doll effect, much to the awe and amazement of the audience.

The much celebrated sculptural and geometric imagery of haut couture collections has been preserved in prêt-à-porter collections as well. The pieces intended for mass production are remarkable for being replete with drapery and asymmetric and volumetric details. This is a commercially-minded flavour of deconstructivism at its best. Menswear collections by Viktor&Rolf are understated and elegant. All in all, menswear by Viktor&Rolf looks way more formal. The designers admitted that this was made on purpose, because they didn't feel an urge to revolutionize men's fashion. According to Rolf Snoeren, menswear lacks the inherent drama of women's garments.

Chic. Viktor&Rolf put emphasis on developing a language for self-expression rather than on making a coherent artistic statement. That said, the creations of Horsting and Snoeren are absolutely relevant for today.

Corporate history highlights. Viktor Horsting and Rolf Snoeren founded Viktor&Rolf in 1993. A year before, in 1992, together with other Arnhem Academy graduates, they formed the core of Le Cri Neerlandais and participated in the two highly acclaimed group shows in Paris and Milan. Their experimental maiden collection won them three awards of the Festival International de Mode et de Photographie in Hyères (Prix de la Presse, Prix du Jury, and Grand Prix de la Ville de Hyères). When Le Cri Neerlandais disbanded in the mid-1990s, Hosting and Snoeren faced financial difficulties since neither mass media, not the market showed any interest in their work. As a last resort, Viktor and Rolf started their 'Viktor&Rolf on strike' flyposting campaign in Paris and later, in 1996, presented the subversive ‘Launch’ installation at Torch Gallery, Amsterdam where they demystified the process of fashion. These acts were dubbed avant-garde and unpredictable and helped the duo to build the reputation of a brand to watch. The 1998 Paris show launched their full-fledged international career. In 2008, Diesel bought a majority stake in Viktor&Rolf.

Viktor&Rolf stores in all cities and towns

We improve our store location database daily, but we’re not errorproof, so should you run into an incorrect location, please  report us about it
View all 18 store locations → 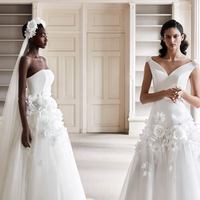 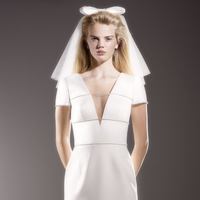 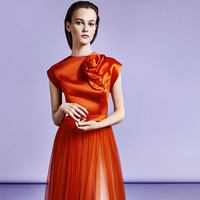 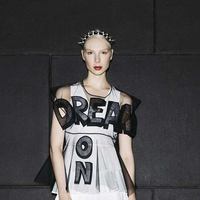