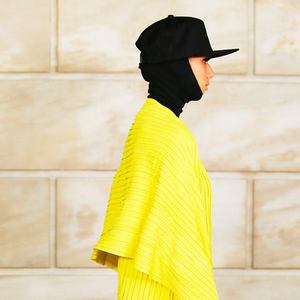 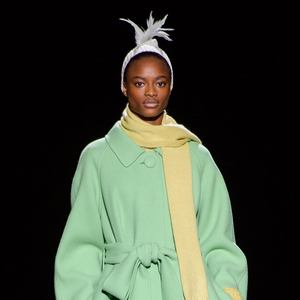 Brand's DNA. The initial concept behind Marc Jacobs was to make unassuming everyday pieces of luxury materials. The idea is still alive and well today: the label offers denim skirts, and varsity and leather jackets available from virtually any mass market retailer, but add a touch of sophistication with signature details made of quality fabrics. With long sleeve Victorian blouses and clean-cut cardigans galore, all the collections by Marc Jacobs reveal an indelible trace of punk-based counterculture and grunge fashion. The product range is remarkably variegated. The same collection can feature an oversized menswear style jacket, a 1960s-ish dress with a ribbon neck tie, and a shrunken denim jacket with numerous sequin patches, pins, and appliques.

Chic. Although the collections may appear to lack 'coherence', external DNA of the latest trends are all organically assimilated by a company. The 1970s twist, minimalism, and romantic era fashion are a case in point. Menswear collections are way more straightforward but they also feature non-trivial if not blatantly odd pieces like silk pajama, Icelandic knit sweaters, and floral velvet jackets.

Corporate history highlights. Marc Jacobs, an American fashion designer, partnered with Robert Duffy, a former buyer at Bergdorf Goodman, to found 'Marc Jacobs' in 1984. Later, Duffy described their first meeting with Jacobs at a dinner held at Parsons School of Design, Jacobs' alma mater, as '[Business] love at first sight'. Jacobs and Duffy decided to capitalize on making luxury casual pieces (like ribbed cashmere sweaters), which subsequently proved an international success. 'Marc Jacobs' received great press coverage from Vogue and Naomi Campbell walked for free at his shows. The critical acclaim notwithstanding, the enterprise still was not commercially viable enough, so the duo was hired by Perry Ellis, where they were promoted to the posts of Creative Director and President correspondingly in no time.

In 1992, Jacobs showed a 'grunge' collection that proved historic and career defining for him. It was hyped around by everybody except for the Perry Ellis shareholders and executives. Marc and Robert were fired, but this started it all for 'Marc Jacobs' and the company's rise to prominence Soon, LVMH, a luxury goods giant, showed the interest in Jacobs and approached him. A year and a half later, he was hired as Created Director by Louis Vuitton, while his namesake brand obtained the much needed financial backing. Then followed the 16 year of work for Louis Vuitton, struggles with low self-esteem battled with plenty of alcohol and heroine addiction, two spells in substance abuse rehab, numerous fashion awards and the full-fledged success of 'Marc Jacobs', and his uncanny choice of the long forgotten faux lesbian pop group t.A.t.U. as the faces of his Fall/Winter 2008 campaign in Russia with Marc Jacobs himself posing in the nudey. Through all these years with their ups and downs, Duffy has been showing unswerving loyalty and fidelity to Jacobs, an unconditional business love par excellence.

Marc Jacobs stores in all cities and towns

We improve our store location database daily, but we’re not errorproof, so should you run into an incorrect location, please  report us about it
View all 22 store locations → 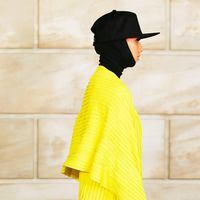 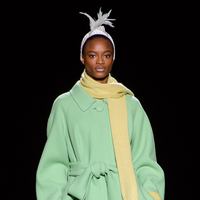 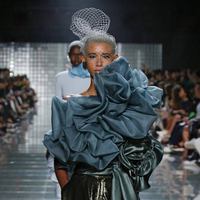 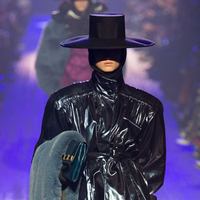 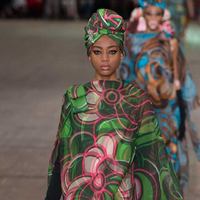 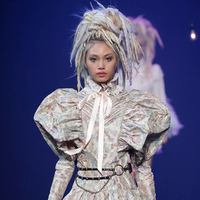