We keep our eyes on 50 multi-brand stores, concept stores, and department stores brands carried in Moscow stores and we make sure to recommend you the best of them. All there's to know: reviews, must-have products with up-to-date prices, special offers, store locations, and phone numbers

Multi-brand stores, concept stores, and department stores in Moscow in a nutshell

A guide to the best multi-brand stores, department stores, and concept stores in Moscow.


The department store format in Moscow is epitomized by TSUM and Tsvetnoy that are both dauntingly comprehensive and mainstream, yet are polar opposites when it comes to the retail concepts behind them. Muir & Mirrielees store, the TSUM's predecessor, was opened in Moscow back in the 19th century. Nowadays, TSUM is over 70,000 square meters of retail space that are home to the latest collections by Valentino, Celine, Dolce & Gabbana, and a couple thousand more labels ranging from premium brands to luxury goods heavyweights.

Tsvetnoy is touted as one of the most fashionable places in Moscow. The array of brands carried by the department store is anything but trivial with most of them being among top-ranked in their corresponding market segments. That said, available items are remarkably diverse in terms of their price and style. Affordable Topshop and Trends Brands can be found just next to the more expensive All Saints and Items as well as well-nigh exorbitantly-priced Alexander Wang and MM6 Maison Margiela. Add to this that the department store does its best to promote Russian designer labels that have something worthwhile to offer to the market: Think Alisa Kuzembaeva, Yulia Yefimtchuk+, Grunge John Orchestra. Explosion, and Outlaw Moscow. The layout of the Tsvetnoy retail space follows the time-honoured practice: the higher the floor, the more expensive the shop. The ground floor hosts beauty and souvenir shops, at the basement level one can find furniture and homeware retailers, while upper floors are home for farmers market produce stands and restaurants.

Among the most fashion-forward and pricey of all Moscow concept stores are KM20, SVMoscow, LeForm, Air Moscow, and Dad. KM20 is a major importer whose buyers incessantly hunt the world for the most promising, relevant, and gifted designers. This is a streetwear-meets-luxury specialist store that stocks items by Vetements, Raf Simons, Ashish, and Gosha Rubchinskiy. SVMoscow share their picks of items by well-established avant-garde and deconstruction designers: Ann Demeulemeester, Yohji Yamamoto, Rick Owens, and the like. Buyers at LeForm, one of Moscow's oldest concept stores, have been credited with introducing Russian fashionistas to Maison Margiela, Comme des Garcons, CP Company, and Stone Island. Apart from clothing and footwear, LeForm sells fragrances, books, and designer homeware. Over the course of years passed since the store opening, the brand array has been extended to cover over 200 hundred labels, while LeForm themselves boast now a chain of four stand-alone stores and in-house furniture manufacturing facilities. Air Moscow is a home for Japanese futurist designers: E.g., Juun J and Issey Miyake. Dad was initially conceived as a footwear concept store. Today, apart from footwear proper made of the most delicate leather and suede, they carry utterly obscure yet truly maverick apparel labels. Expect, however, the price point somewhat above that at TSUM.

Rehab Shop is reminiscent of neat European family run shops with all items meticulously curated by their owners. The shop is a go-to for boyfriend jeans, underwear-as-outerwear dresses, and delicate see-through blouses by Rochas, Mary Katrantzou, #21, and Golden Goose. The lion's share of the brand array at UK style is made up of British designer labels. The store is a destination for trench coats by Aquascutum and quilted jackets by Barbour. Nebo Concept Store champions Scandi-style minimalist brands with some history behind them: Cote & Ciel, Human Scales, 08sircus, and Hansen, just to give you an idea. The best men's streetwear is available at Belief, Brandshop, and Code7.

Unlike with most other Moscow multi-brand stores, buyers at Traffik select the labels that are arcane by any standard whatsoever. Abandon all hope, ye who enter there: there's no place for brands like Maison Margiela that are deemed at Traffik too well-established to bother. Alongside insanely designed velvet jackets there're quite understated essentials: black straight skirts and shirts in solid colours. Fisika is worth to stop by when looking for items from the collections of the past years by Chloe, Carven, and Vivienne Westwood. An overcoat by Carven could be available there for as low as ₽20,000, while a couture dress by Chloe from the first Lagerfeld era is a mere ₽35,000.

Kursovoy boasts a decent selection of Moscow designers: Kuraga, J. Kim, and Marusia Nizovtsova. Georgian designers have been actively promoted by Trshstore and Indexflat. Yazu Store appears especially to appeal to the tastes of fans of light reflective belt bags, fun fur coats, and T-shirts featuring Cyrillic script messages. Khokhlovka carries emerging Russian labels that and not particularly well-known even within Russia. Most of the price tags are 4-digit, with 3-digit not uncommon either. Minimalism in all its guises is championed by Gate 31.

The multi-brand stores, concept stores, and department stores brands we like

All multi-brand stores, concept stores, and department stores in Moscow

Aizel Available in 1 stores in Moscow
All Seasons Comfort

All Seasons Comfort Available in 5 stores in Moscow
Argesto

Boardriders Available in 5 stores in Moscow
Boutique No.7

Boutique No.7 Available in 1 stores in Moscow
Brandshop 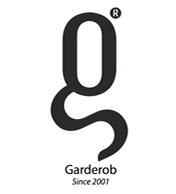 SVMoscow Available in 1 stores in Moscow
Take Away

Take Away Available in 5 stores in Moscow
Teorema Officewear

Kuznetsky Most 20 Available in 1 stores in Moscow
Traffic

Yunost Available in 2 stores in Moscow

Unfortunately, by query  nothing found.

Please try to search for another %(stub_text)s. store.